Gluten free – is it healthier or not?

Firstly what is gluten? Gluten is a combination of 2 proteins found in wheat, rye, barley and oats and hence is present in many breads, pasta, cereals, crackers and baked products. It is also  found in many processed foods such as beer, sauces, processed meats, gravies, pasta sauces, soups, and soya sauce to name a few.

What’s the difference between coeliac disease and gluten intolerance?
Coeliac disease is an auto immune disease which effects approximately 1 in 70 NZers, with many more possibly undiagnosed. It is a permanent intestinal reaction to dietary gluten. In coeliac disease the cells lining the small bowel (intestine) are damaged and inflamed. Gluten, for these people, needs to be avoided completely, to prevent the allergic reactions and inflammation. Some symptoms may be rashes, bloating, pain, diarrhoea, weight loss, nausea and vomiting, anaemia and fatigue to name a few. Avoiding gluten completely allows for the all symptoms and the intestine lining to recover completely.

A larger portion of the population may have milder forms of intolerance, where they don’t have an allergic response to gluten but may experience similar symptoms (often to a lesser degree) but will benefit from reducing their gluten intake. It is important for those with coeliac disease to avoid gluten and for those with an intolerance to greatly reduce their intake or avoid it. For those without these health issues there is no scientific or health reason to avoid gluten.

A blood test or biopsy of the small bowel will determine whether you have coeliac disease or not. The biopsy is the gold standard in terms of diagnosing coeliac disease.

Is gluten free food healthier?
In fact in some cases it may not be:

Finally
Many people cut gluten without knowing if they are coeliac or have a sensitivity to it. It’s an idea to have a test done before making these dietary changes as gluten needs to be included in your diet for accurate test results.
Your symptoms may be related to another gut disorder such as irritable bowel syndrome.   But that’s another story… 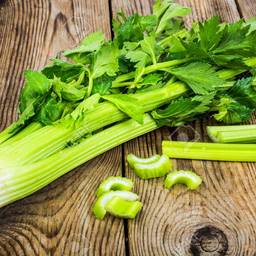 Celery and Cucumber with Herbs 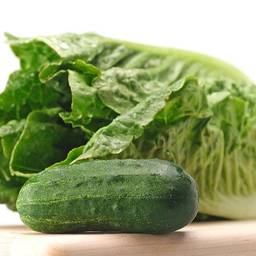 Cos Lettuce, Cucumber and Celery Salad